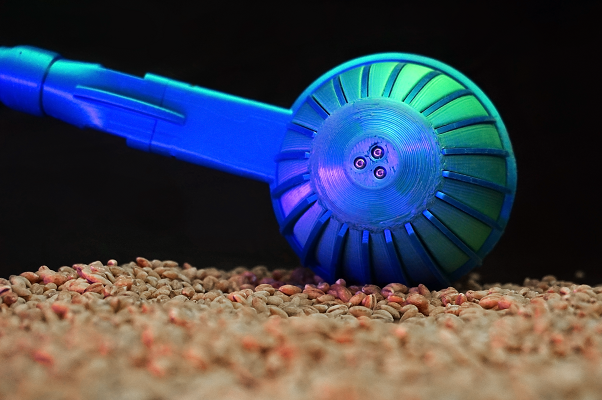 Mitsubishi Chemical Advanced Material’s startup accelerator, Growth Garage concluded the High-Temperature Carbon-Fiber 3D printing challenge in December 2021. In this challenge, the participants were asked to incorporate the strength and properties of the KyronMax® carbon-fiber 3D printing filament with the flexibility and sustainability of 3D printing in their design.

The challenge focused on three main criteria: technical and commercial feasibility, scalability and sustainability. We are composing a series of articles featuring the finalists and winners of the challenge, so that the readers get a comprehensive view about their product, motivation and vision for the future.

This article features CROVER, a Scotland based startup and the Overall Winners of the Carbon-fiber 3D printing challenge. The CROVER team has a unique offering in the form of a ‘subterranean’ drone which can navigate itself through granular medium i.e., through grains, sand, powder etc.

Lorenzo, the founder of CROVER began, "We have developed the world’s first subterranean drone or a CROVER robot as we call it since there is no word in the dictionary to define that. We are tackling the problem of grain storage, as it is one of the biggest bottlenecks in its supply chain. The first use-case of the CROVER robot is to help grain storage operators maintain the quality of their stock." Storing grains for a long time after harvest leads to spoilage due to insects, pests, and mold formation. It is estimated that every year approximately 630 million metric tons of grain are lost due to spoilage. As a result, grain merchants, millers and brewers have high-cost implications owing to lost revenue and cost of rectification.

Grains should enter and leave silos with same quality

The motion of the robot is based on the ‘Crover Effect’ for locomotion in granular media, which enables the drone to fluidly move through grains, sand, powders, and other granular media. “What we discovered is that, in any granular media, a coupling exists between rotational and translational motion. Essentially, this means that a rotating object navigates through the granular medium by creating a pressure difference on one side which pushes it forward,” explained Lorenzo.

Human intervention, which is quite labor intensive and poses health and safety risks for the workers.  "The CROVER robot aims at substituting human intervention on the surfaces of the grains. It can measure moisture, temperature, and stock levels by navigating through the grains whilst monitoring its storage conditions." This motion also facilitates mixing of the grains, which helps in maintaining the grain quality by improving aeration and avoiding problems like crusting on the surface. "We want to improve and automate grain monitoring and management activities, ensuring minimal human intervention," continued Lorenzo. The timely quality checks conducted by the robot would ensure that grains enter and leave the silos with the same quality.

Maximizing fresh grains at the end of supply chain 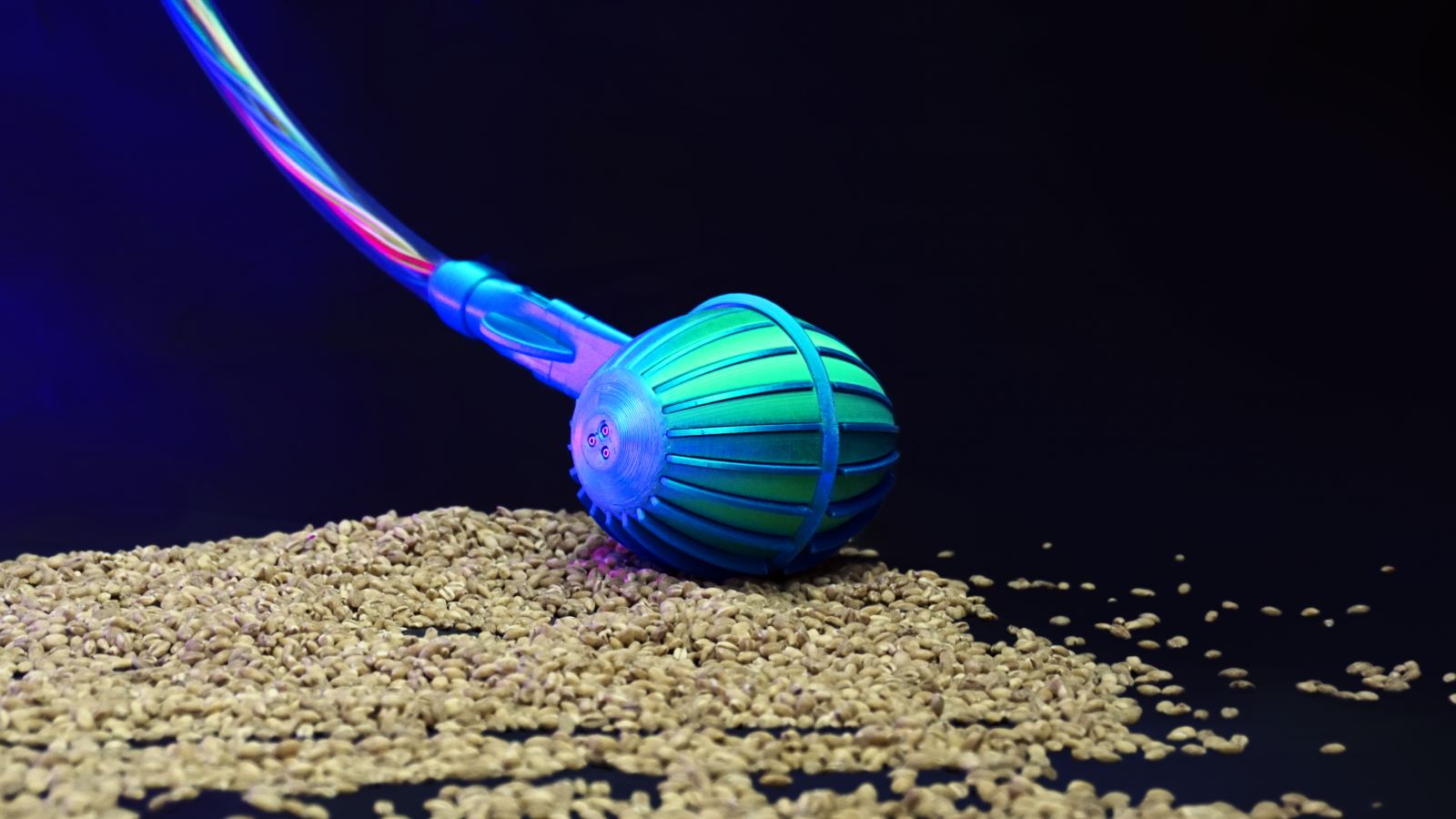 Initially, the CROVER team were searching for ways to integrate the ‘Crover effect’ of locomotion into a product. Lorenzo and his team brainstormed and analyzed different areas and markets where this technology could potentially be implemented. “We analyzed different possibilities keeping several factors like economics and social impact in mind. The grain storage industry took all the ideas out of the park. We identified problems associated with grain quality, as a lot of food is contaminated with mycotoxins (a disease-causing fungus). Mycotoxins are very harmful for humans and need to be controlled,” explained Lorenzo.

The CROVER robot employs a simple method of mixing the grains which helps preserve its freshness and quality for a longer time. The act of mixing ensures the prevention of crust formation on the grains. Moisture tends to get trapped inside the crust, which accelerates grain spoilage. Therefore, it’s important to ensure that the grains are mixed from time to time. "Technically, grains have no expiration date as long as they are stored under the right conditions. The key is to store them in an environment with balanced temperature and moisture levels," continued Lorenzo.

Challenge was well rounded off 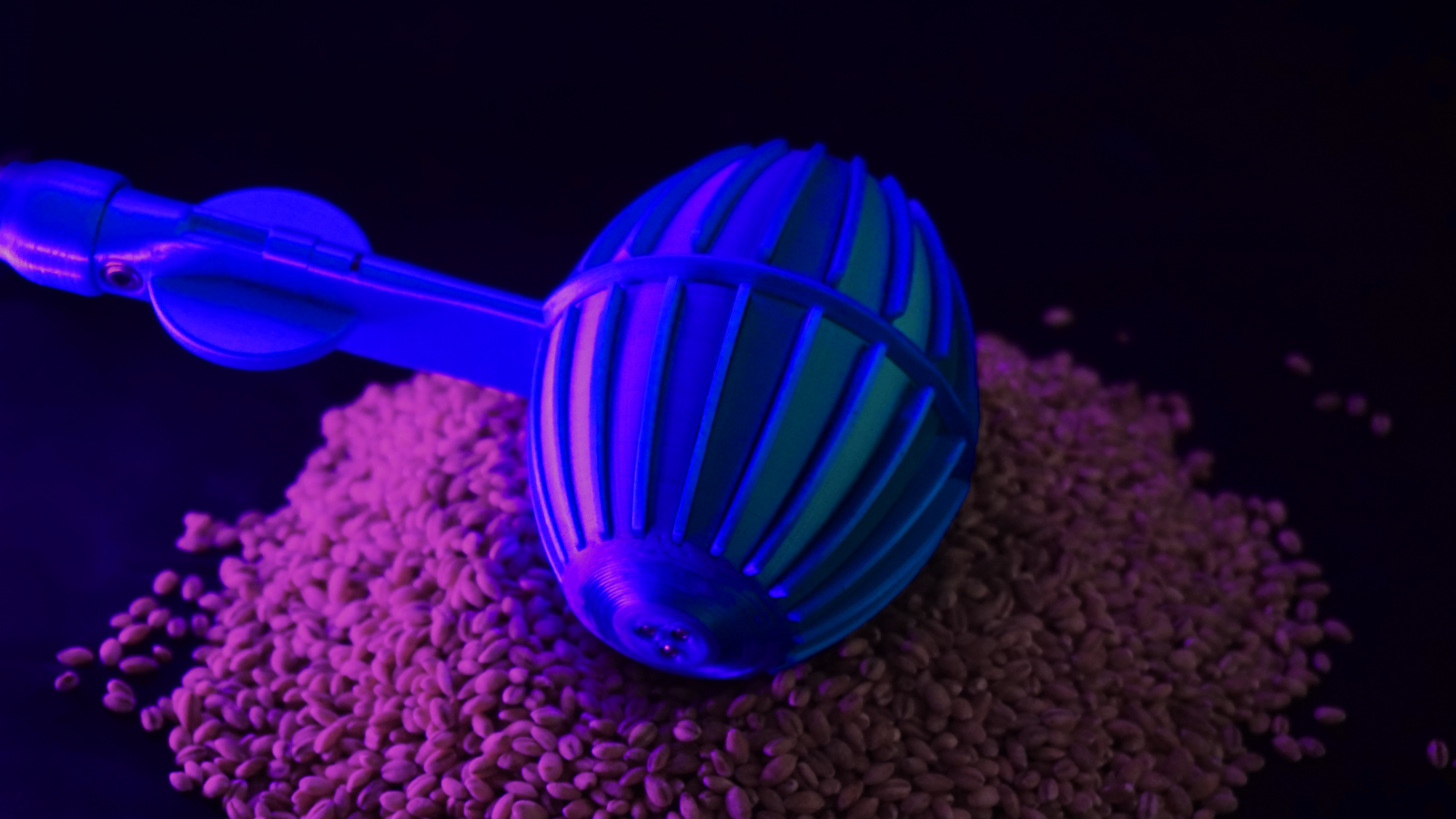 "There are many competitions and challenges out there but most of the time the support is quite generic. There isn’t much focus on the hardware side of products. The thing that really caught our eye in Growth Garage’s challenge was the support pertaining to manufacturing with 3D printing and material selection," continued Lorenzo.

Support arrived at the perfect time

As the overall winners of the 3D printing carbon-fiber challenge, the CROVER team is receiving scale-up support from Growth Garage. Lorenzo continued, "The support comes at the perfect time for us as we are aiming for our first batch of commercial sales this summer. Materials are not our area of expertise and we are looking to continue improving the CROVER robot for the various harsh operating conditions. We are looking forward to the support in manufacturing and finalizing our choice of materials."

Mitsubishi Chemical Advanced Materials (MCAM) is a leading global manufacturer of high-performance thermoplastic materials in the form of semi-finished products and finished parts. Our specialty engineering composites can outperform metals and are already used in a wide range of applications, from aeronautics to bioprocessing.

Growth Garage is the business startup accelerator of MCAM. Our mission is to support and nurture new ideas using our advanced technologies, technical expertise and advanced composite materials. We are offering the opportunity for engineers and innovators to pitch us their ideas. The winners of our challenges will receive our full support, expertise and materials to help develop their projects from initial prototype to final product. 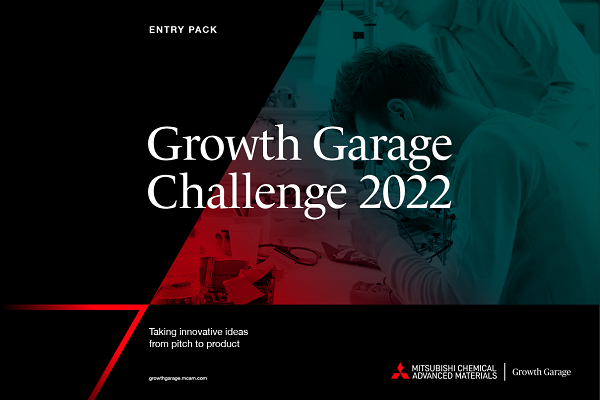 TAKE YOUR INNOVATIVE IDEA FROM PITCH TO PRODUCT

Growth Garage invites engineers, designers, entrepreneurs, innovators, start-ups, companies and students to submit their ideas, technologies, products and services as part of the 2022 Circular Economy Challenge, with four prize winners receiving up to $25,000 worth of support. 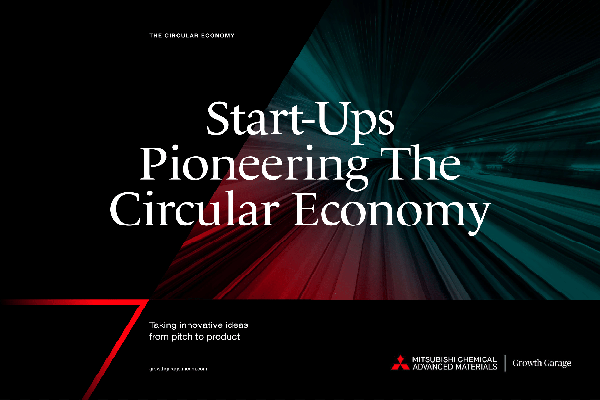 Discover how three pioneering engineering businesses took their ideas from pitch to product in record time. You’ll share their experiences, explore the challenges they faced and how sustainability drove their innovative solutions.